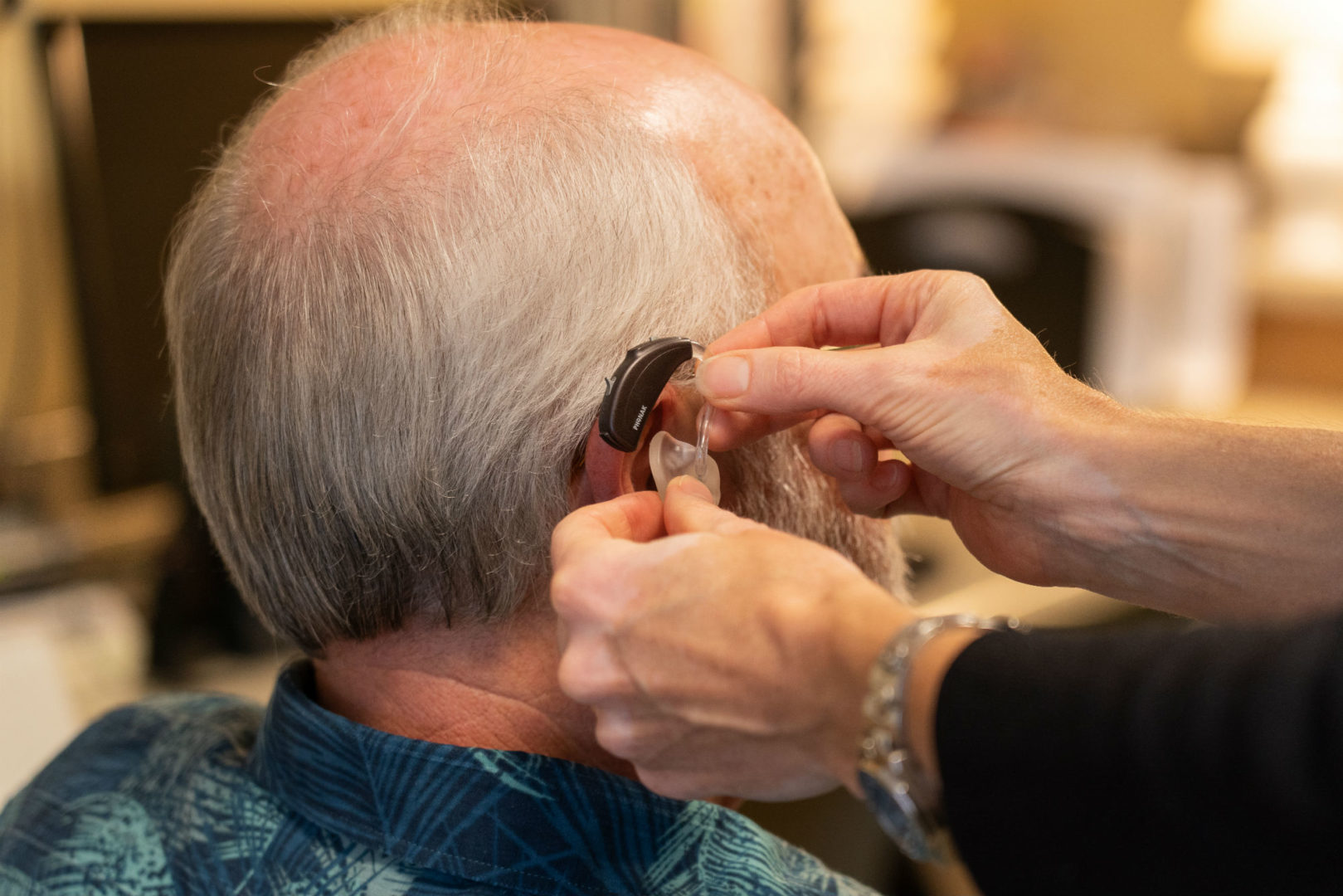 Many people associate the need for hearing aids with elderly relatives who show signs of hearing loss as they age. The outward symptoms might include difficulty communicating with loved ones, frequent increase in volume of the TV or radio, or withdrawal from conversations. The long-term effects of untreated hearing loss can go beyond these more obvious symptoms, and recent studies have demonstrated that the use of hearing aids can actually slow the risk of cognitive decline, improve brain function, and combat social isolation.

Difficulty hearing can overwhelm the brain

“Cognitive load” refers to the amount of work your brain is able to do at any given time. When you’re experiencing difficulty hearing, the ear is constantly sending a garbled auditory signal to the brain, and your brain in turn is working overtime to try to comprehend what it’s taking in. Only having the capability to process a finite amount of information at any given time, the brain needs to reallocate resources it would typically be using for other things if it’s focused on processing these garbled sounds. The result is a sense of overwhelm that, over time, can lead to an increase in cognitive decline.

The brain’s increased effort on piecing together a message makes it more difficult to remember that message, and can contribute to other memory-related issues. Research shows that dementia is more common among people with hearing loss and that people with untreated hearing loss report more concerns about their memory than people with normal hearing.

While untreated hearing loss can overwhelm the brain, there have been many studies conducted in recent years on the connection between hearing aids and the effects their use can have on cognitive decline. A recent study conducted by the University of Melbourne found that after 18 months of hearing aid use, speech perception, self-reported listening disability and quality of life had significantly improved for participants. An overwhelming 97.3% of participants showed either clinically significant improvement or stability in executive function, which includes things like mental ability to plan, organize information and initiate tasks.

For those experiencing hearing loss, social interactions that they may have previously enjoyed can become challenging. Conversations can be hard to keep up with, particularly in settings with noisy backgrounds, which can make it even more challenging to make out one-on-one interactions. For many, it can be easier to step back from social activities than to participate in interactions in which they feel unable to communicate effectively.

Social isolation is already a problem among many Americans, and researchers have noted that loneliness and social isolation can be as damaging to health as smoking 15 cigarettes a day. After a year in which many have experienced extended periods of isolation, the effects of loneliness (and the need to combat it when possible) may be more evident than ever before.

Hearing loss is the most common chronic health condition affecting older adults. According to the National Institute on Deafness and Other Communication Disorders:

Early treatment means hearing aid users are able to experience the benefits of better hearing sooner. If you believe that you or a loved one might be experiencing hearing loss, you can contact Northeast Hearing and Speech to schedule a hearing evaluation today as the first step in moving toward better health.

PrevPrevious PostOnline hearing tests: How are these used and how effective are they?
Next PostThe benefits of hearing aidsNext